Arguments, misunderstandings and fights are very common in a relationship. Most can handle conflicts maturely, but some can’t grasp it properly and reacts in the most unthinkable way.

Such as this man in China, who climbs to the top of a power line and gets electrocuted. The 30 year-old man named “Luo” climbs an electric pole after a heated fight with his girlfriend. However, while sitting on top, he came in contact with the live wires and was electrocuted. According to witnesses, “They heard the sound of an explosion as the wires sparked.” At that very moment, Lou was instantly engulfed in flames and fell to the ground like a ball of fire. He was rushed into the hospital and immediately received medical treatment. Luckily, he survives but suffered severe burns in his entire body. Guy Catches Fish, Shocked To Discover Snake Inside Its Mouth 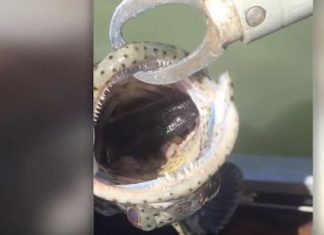 Judging at how unappetizing this fish looks, I gather this was not gathered for food. Whatever, whoever caught this horrible little fish probably didn't expect...

Chrontella – The New Weed Nutella Is Now A Thing And... 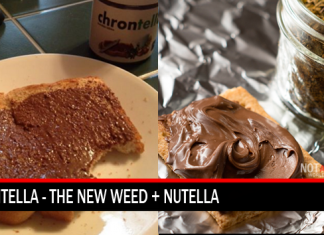 Introducing Chrontella. A glorious combination of weed and Nutella, it cuts out the middle man to create and satisfy your munchies in one spoonful.... 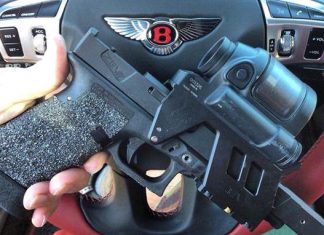 A Facebook account owned by Joaquin “El Chapo” Guzman’s son gives a rare insight into the world of Mexican drug cartels. The page is linked...

Man Shoots Himself to Experience the Feeling of Being Shot! SPAIN - A 35-year-old unidentified man was rushed to a hospital with a gunshot wound after shooting himself in the foot. Police have not yet... A Russian nursery teacher is suing the man who leaked footage of her allegedly moonlighting as a hooker. The leaked videos shows, 22-year-old Katya Gorlova...

Woman Found Out She Contracted HIV From A Man She Met... 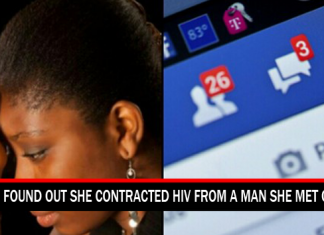 A woman found out her one-night stand partner was HIV positive when one of his ex-partners contacted her on Facebook. 32 year-old man, Simba Kuuya,...
Load more
Loading...
© TheNoChill | Most notorious website.