32-year-old Milton Vieira killed 29-year-old Cicera Alves just 4 days after their wedding because he was jealous that other men were looking at her.

The video shows Vieira crushing the head of his wife in the concrete floor 11 times before shooting her 5 times in the face. He admitted to killing his wife, a professional dancer, because he was jealous that men were always looking at her.

She belonged to a group named Jaula das Gostozuedas. Shortly after the murder, Vieira fled the scene using his neighbor’s car.

He was later arrested and police found four pistols, a shotgun and a bulletproof vest in his possession. He faces life in prison if convicted of murder. NASA’s Kepler mission has verified 1,284 new planets. And it’s possible for life to exist on nine of them. In the newly-validated batch of...

Cheating Wife Got Busted In a Motel By Her Husband 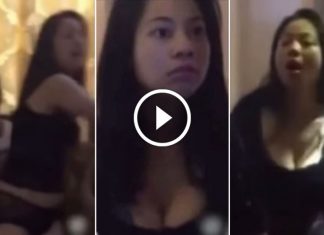 These days cheating has become very common. The media have changed the thinking of people in relationships that they want more than one lover. Infidelity... 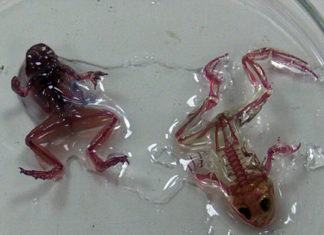 Scientists have discovered mutant frogs with transparent skin which exposes their organs, skeletons and even their beating hearts. Researchers say they captured 60 of the mutant... Juliana Lopez, age 22, is a Colombian model and boutique owner. She was traveling to China to purchase items for her store when she...
Load more
Loading...
© TheNoChill | Most notorious website.