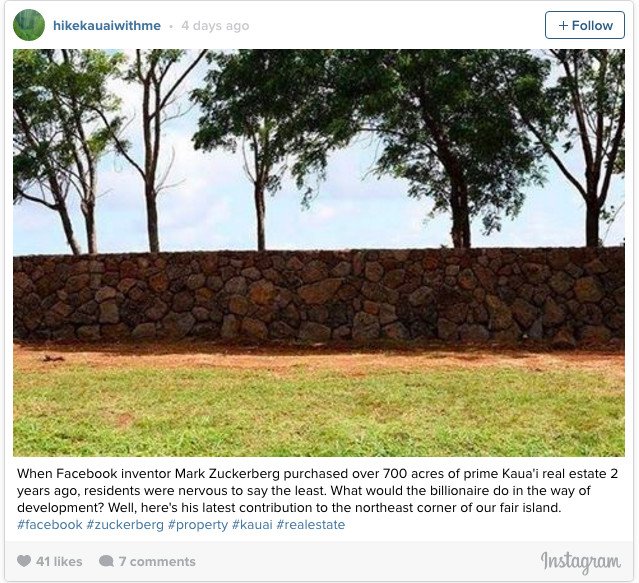 Billionaire Facebook boss Mark Zuckerberg has annoyed locals on the Hawaiian holiday island of Kauai after he began construction a large stone wall around his $100million 750-acre retreat.

Zuckerberg bought the property in 2014 and later added two further parcels of land, including 393 acres at Pila’a Beach on the north shore of the island.

The Issue “Mark Zuckerberg Is Building A Giant Wall” reportedly began a little over a month ago. According to some neighbours, the height of the wall blocks views of the ocean. Although another report says it’s actually much smaller than a wall built by the property’s previous owner.

Some reports peg the wall as being around 6 feet. Though one neighbour said it’s closer to 4 and that he can look over it. Regardless, that hasn’t stopped some locals from venting their frustration.

A spokesperson for Zuckerberg’s Kauai project told The Post in a statement, “Rock walls like this one being built along the roadway are routinely used as sound barriers to reduce highway and road noise, and that is its primary purpose.”