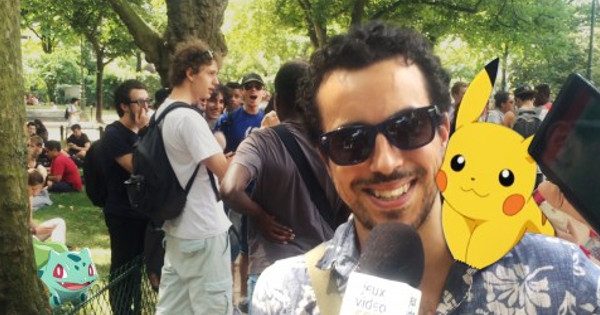 A man walked more than 1600 km while playing Pokémon Go, reaching the French capital of Paris on Monday.

Walking, running and chasing Pokemon more than 15 hours a day, he crossed into Germany, Belgium and then France, without even noticing.

He claims he only noticed that he had left Poland when he found himself in front of the Eiffel Tower.

“I raised my eyes from my phone because I was getting hungry and wanted to find something to eat,” he told reporters. “That’s when I noticed the tower, and realized that I was in France. I was so absorbed in the game that I never realized I had been playing for so long.”

Since its release, the popular game developed by Niantic has been involved in many incidents and even accidents, as many players become so absorbed in the game that they forgot to consider their own security.

A boy was shot dead when he trespassed a private property while playing Pokemon.

A few weeks earlier, Two Canadian teenagers who were so engrossed in playing the game ended up getting arrested after they accidentally crossed the US border and were arrested by border agents.

Many governments and organizations have already asked the programmers to adjust various game settings in order to avoid more incidents, but with more than 100 million players already, Pokémon Go can be expected to cause more incidents over the next few months.